Lily of the Valley for May Day

Lily of the Valley for May Day is a popular French tradition. The first day of May is known as the Fête du Muguet (the Feast of the Lily of the Valley). It is also International Labour Day, which in France means that all workers have the day off to parade and demonstrate for workers rights.

French people give each other Lily of the Valley for May Day to wish friends and loved ones happiness and good luck. For those fortunate enough to live in rural France, an early start to go and pluck Lily of the Valley fresh in the woods is often a family tradition.

This year, the French government even made an exception to the lockdown rules. Florist shops are currently closed as ‘non-essential’. But they are allowed to sell Lily of the Valley for May Day 2021.

Some 60 million bunches are sold each year. Charities are allowed to sell them on the street, tax-free, provided that they don’t do so near a flower shop. Sales of Lily of the Valley are estimated to be worth over 100 million euros each year. The flower market in Narbonne is a great place to buy Lily of the Valley, but local supermarkets and lots of roadside vendors usually also sell both pot plants and cut flowers.

The tradition of giving Lily of the Valley in spring dates back to the Middle Ages. The flowers became popular after being introduced into Europe from Japan. There were bals de muguet (Lily of the Valley balls), were boys and girls were allowed to dance together without their parents’ consent. The girls would wear white and the boys wore Lily of the Valley on their lapels.

But it was the French King Charles IX who formalised the gesture on 1 May 1561. When he was offered a bouquet of fragrant muguet, he decided to return the favour by offering every lady in his court a sprig of the white flowers in return.

Since then, the tradition has mixed with the workers’ rights movement. Labourers wear Lily of the Valley on their lapel during May Day demonstrations. From 1890, they wore a red triangle that symbolised their demand of 8 hours of work, 8 hours of sleep and 8 hours of free time. That was first replaced by a wild dog rose and in 1907 by Lily of the Valley.

Since the 8-hour working day became law in France in 1919, the first of May is officially a Bank Holiday. Even when there is no lockdown, this means that most shops are either closed or only open briefly in the morning. French people do get to enjoy lots of brocantes (flea markets) in villages all over the country on May Day.

Lovely as it is to receive lily of the valley for May Day, every part of the plant and flower is toxic for humans and pets. So if you’re a pet owner, keep it well out of reach of your cat or dog.

And if you are planning to get around towns and village in France on May Day, you may well encounter a parade or demonstration. Relax! It’s all part of French life. 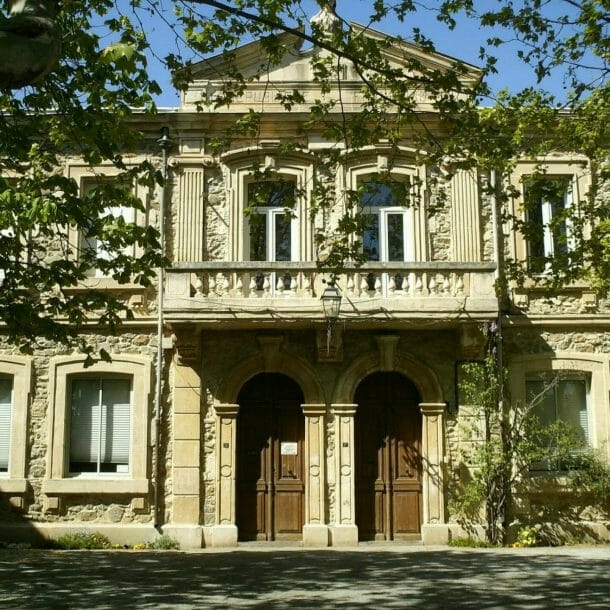