Le Fort Pouzols-Minervois is the ideal base to explore World Heritage Sites in the southwest of France. The former Cathar stronghold of Carcassonne is perhaps the best-known one. It was drastically ‘restored’ by the French architect Viollet Le Duc in the 19th century.

The medieval citadel gets very packed in summer, but is an unmissable attraction in the region. It is officially recognised as a UNESCO World Heritage Site.

Carcassonne is one of France’s top tourist attractions, with events – including medieval processions and light shows – taking place throughout the year. Full details are available at www.tourism-carcassonne.co.uk.

Spring and autumn stays at Le Fort Pouzols-Minervois are perfect to avoid the vast crowds that pack the medieval streets in Carcassonne in summer. But even the most synical of tourists can’t deny the charm of its historic setting, shops and terraces. Unmissable!

It takes around 45 minutes to drive from Le Fort Pouzols-Minervois to Carcassonne. There are several huge car parks near the citadel. You can walk around the old part of town without paying an entrance fee, but there are mainly souvenir shops here.

Carcassonne hosts countless events throughout the year, including medieval processions and huge fireworks on the eve of the 14th of July celebrations. The Canal du Midi goes through the outskirts of the town, near the railway station.

The Cathars were a religious group that quickly gained followers in the south and southwest of France in the 12th century. They were considered heretics by the Pope, who sent in a crusade led by Simon de Montfort to crush the Cathars.

The area around Le Fort Pouzols-Minervois is famous for the towns, villages and castles that formed part of the Cathar history of the region. Minerve is closest, but Lastours, Peyrepertuse, Béziers and Bram all have their own story to tell. 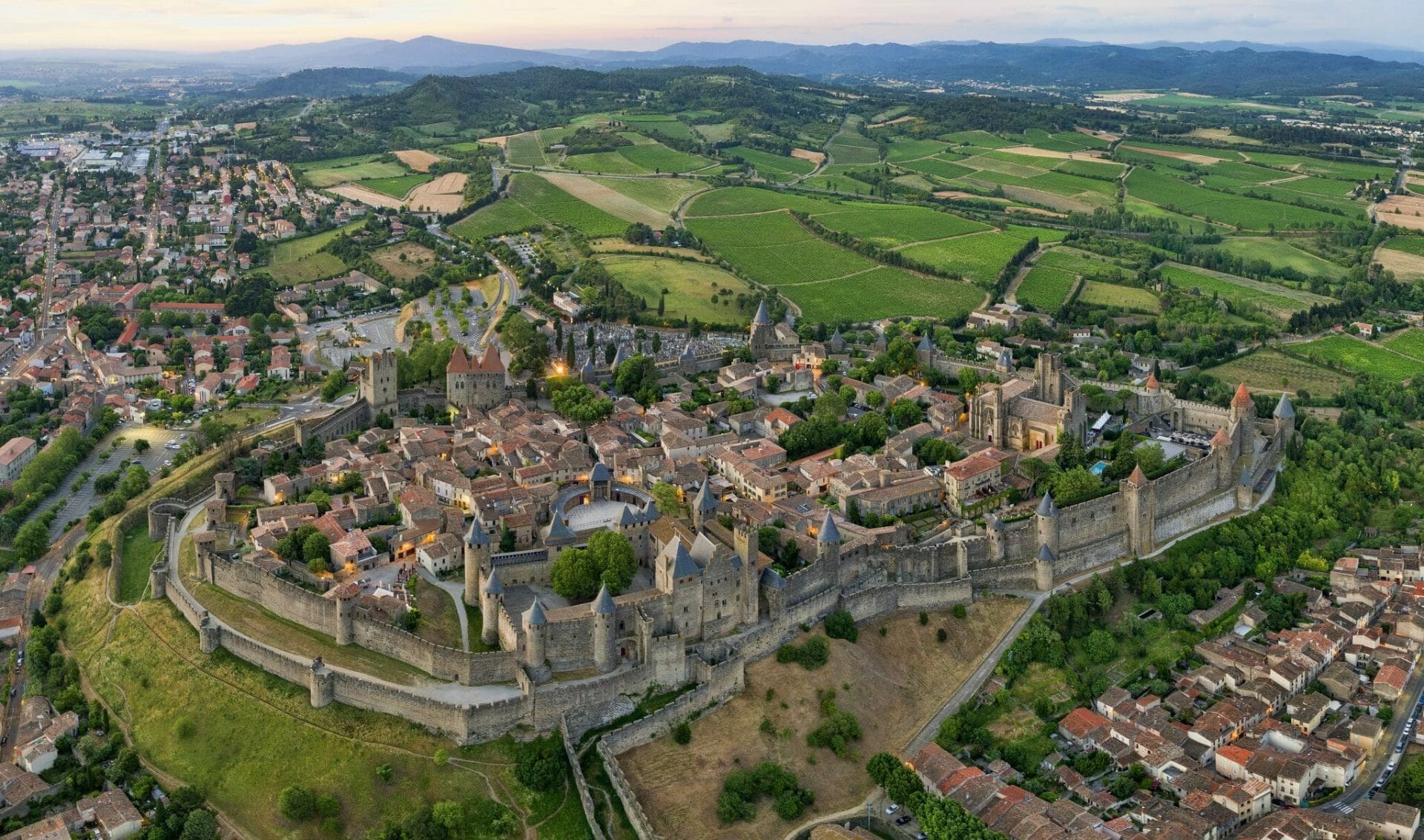 Le Fort Pouzols-Minervois is a great base for exploring the Languedoc-Roussillon region.
Book your stay today on any of these great websites or directly with us.
Book online